belfield was done at a time we wanted to explore bricks for a large developemnt, primcipally high rise, medium density. the inspiration was frank lloyd wright, mies van der rohe and maybe renzo piano, specifically the extension to the pompidou centre for the arts, an ancient project we liked. the bricks put to be a veneer, with air soace between and hung and not laid for structure, also maybe to allow natural ventilation to pass through, not unlike our traditional use of bricks for burning papers as observed by the chinese community. behind this facade will be rooms ofmvarious funtions, none of which is reflected in the vastness of the envelope. colour is another examination, we used dark newrly black clay for the lantern hotel, but not for this project. we coukd be laying the bricks on the side, half brick and this will somehow lighten the overall weight of the towers, and also possible relying on steelwork and cable elements in lieu of concrete piers or stiffeners. 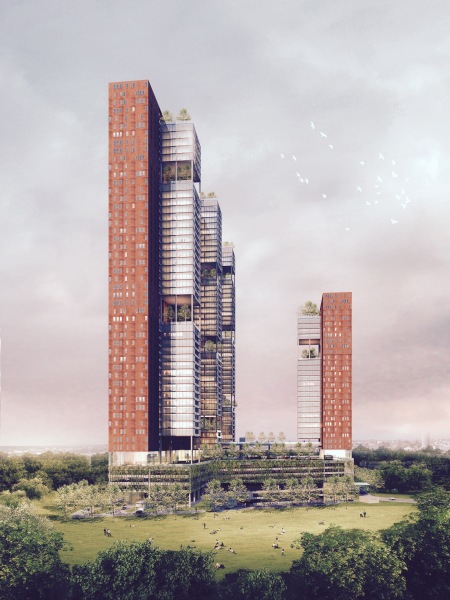 "give back to the environment more than we take from it.." huatlim
Join 134 other followers